In order to address these issues, the Native Grassland Enhancement program seeks to gain a better understanding of the current state of grassland ecosystems in the Mattole watershed, and to preserve and enhance remnant native grass populations. 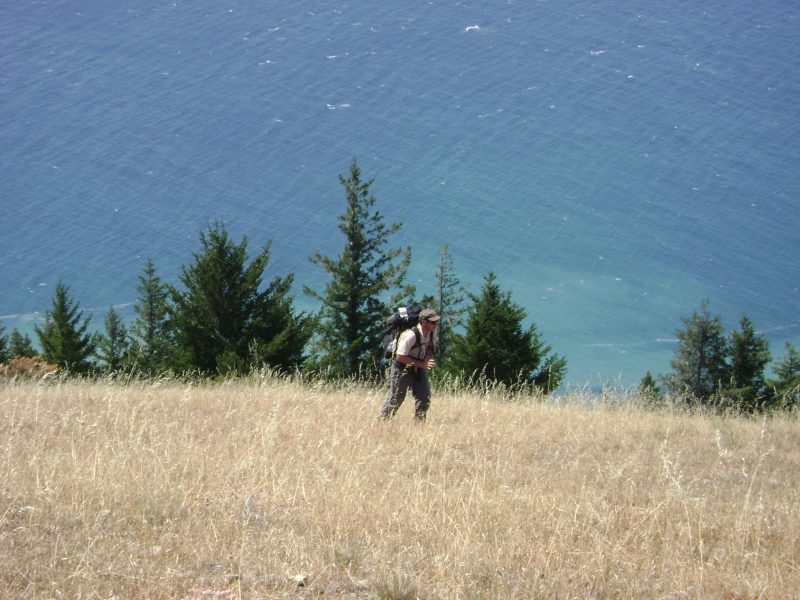 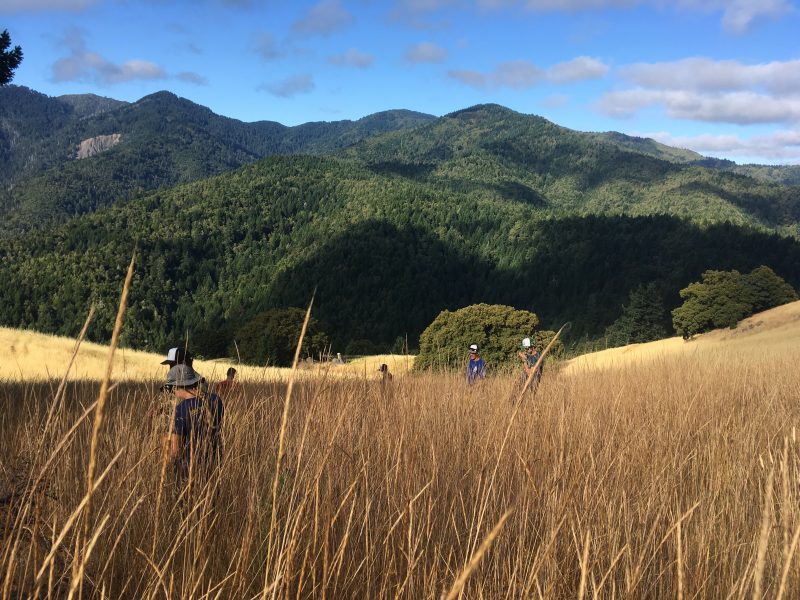 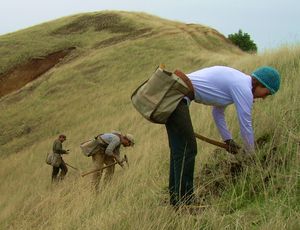 Revegetion sites are chosen based on proximately to existing native grass populations, soils, and absence of hard to control non-native plant species, with a priority given to recently burned sites. Over the past 3 years our grasslands crews have planted 35,000 native grass plugs on re-vegetation sites on Spanish Flat, Prosper Ridge, and Paradise Ridge. 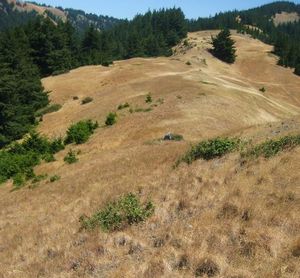 Although Douglas fir and most coastal scrub species are native to our watershed, they are considered invasive when they encroach on grassland ecosystems. The absence of natural fire regimes in the Mattole has resulted in a 40% loss of grasslands due to fir and coastal scrub encroachment. In order to prevent further encroachment of these species into our grasslands, field crews physically remove young trees through pulling and lopping. Sites that have native grass populations that are in direct competition with encroaching conifer and brush species are of the highest priority. The Council also works with BLM-Arcata and the Lower Mattole Fire Safe Council to plan fuels reduction projects that help increase the size of existing meadows. When appropriate, native grass plugs are planted on newly reclaimed sites.

All reclamation and re-vegetation sites are monitored to ensure plant survival and project success. Project sites are revisited every six months for two to five years after project implementation. Data is collected on plant survival, plant growth, and general changes in species composition. When necessary, sites are weeded to reduce competition with non native plants.