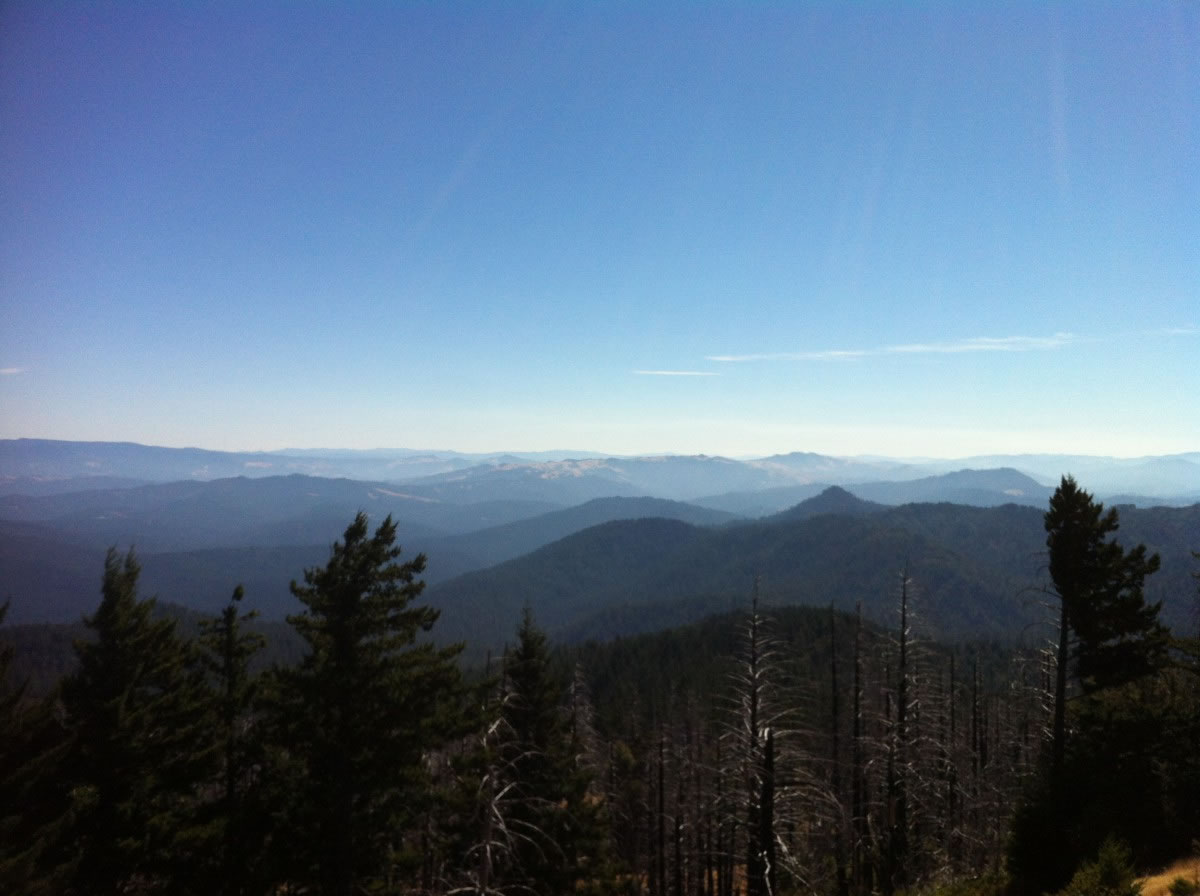 Grasshopper Lookout was built in 1958 to spot wildfires in the densely-forested communities of Southern Humboldt County. It has served as an essential fire communications outpost for the communities of Petrolia, Ettersburg, Redcrest, Weott, Myers Flat, Fruitland Ridge, Honeydew, Miranda, Garberville, and Redway. Situated at 3,381 ft. above sea level on top of Grasshopper Mountain in Humboldt Redwoods State Park, the lookout additionally protects the resources of one of the most popular vacationing areas on the northcoast. Currently, Grasshopper Lookout is not operational due to a broken water system, rotten deck boards and no radio, among other maintenance issues. Because of its remote location, the lookout needs to provide accommodations for daily and overnight staff. Bringing this facility up to a standard that will include overnight staffing for the 2014 fire season is the goal of the project. 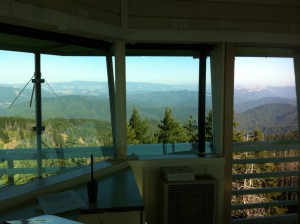 Looking west from the top floor of the  Grasshopper Lookout tower

Many of the communities that will be protected by the staffed lookout are located off the Highway 101 corridor. Most communities near a major highway have fires called in by someone driving on the highway who spots smoke. This area is an exception. Most of the Humboldt County Highway 101 corridor has no cell service. When staffed, the Grasshopper Lookout protects millions of dollars of assets at risk of wildfire, including the largest contiguous stand of virgin, old-growth redwoods in the world, critical habitat for many endangered species, tens of thousands of acres of high-value timberland, hundreds of private landowner’s ranches, and thousands of rural residential parcels. Trained lookouts scan the landscape every eight minutes, generally from dusk to dawn. 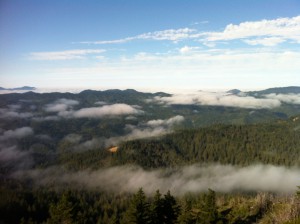 The Grasshopper Repair Project is being implemented by the Mattole Restoration Council in collaboration with the Lower Mattole Fire Safe Council, Honeydew Volunteer Fire Company and CALFIRE.

Interested in taking in an aerial view of your watershed? The lookout tower and its spectacular views can be reached via the 7 mile Grasshopper Peak trail in Humboldt Redwoods State Park.