The Bear River Band is Hiring!

Written by Veronica Yates on April 28, 2022. Posted in General

The Bear River Band of the Rohnerville Rancheria is hiring for the position of Tribal Garden Coordinator. The Tribal Garden Coordinator is tasked with establishing, expanding, and managing all aspects of the Tribes Native Plant Garden and Vegetable Garden. For more information, please visit the College of the Redwoods website to view the job listing. 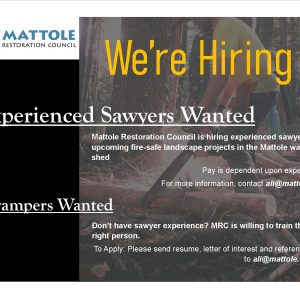 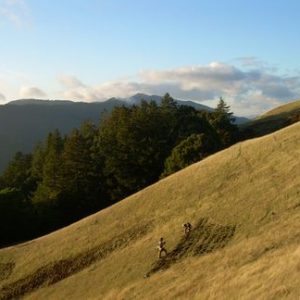 In the late 1990’s, Jane Lapiner and David Simpson began to dedicate the work of their theatre company, Human Nature, to the all-important subject of climate change.  Clearly the future well-being of the planet and human society was increasingly dependent on the health of the natural world and especially on that of the climate. By that time, world average temperatures had risen to the point where the future was seriously in question. It has only gotten hotter since.

Their first show specifically on global warming was a broad, reverent comedy aimed at pointing out the ironies and absurdities of the efforts to save society from destruction due to the runaway burning of coal, oil, and gas. We live in a culture deep in denial of the painful truth – that we are heading rapidly towards oblivion. What better way to deal with such a grave danger than comedy? Thus, Human Nature presents What’s Funny About Climate Change?

Check our Upcoming Events for time and location!

Written by Veronica Yates on March 4, 2022. Posted in General 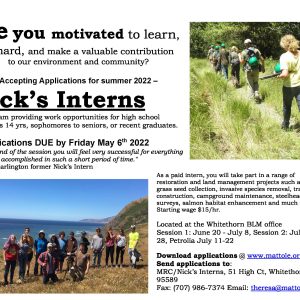 Written by Veronica Yates on January 14, 2022. Posted in General 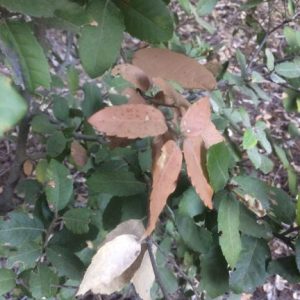 Combating the spread of sudden oak death is an important is very important to us at the MRC. Recently, Lisa Hintz has incorporated knowledge from discussions with Wallis Lee Robinson and Chris Lee into the following article about symptoms of sudden oak death. Here is an excerpt:

“Starting in early summer of 2021, UC Cooperative Extension and Cal Fire made a sampling effort in several north coast counties to associate observed symptoms with responsible pathogens. By November, 66 samples had been collected and apparently pathogenic organisms isolated from Del Norte, Siskiyou, Humboldt, and Mendocino Counties, and about half of them (30 samples) had been sequenced and identified. Of these 30 samples, 17 were affected by Tubakia californica, four by Diplodia corticola, one by Diplodia mutila, three by Biscogniauxia mediterranea, one by another Biscogniauxia species, and five by Diaporthe species. Other potential pathogens were occasionally isolated, such as Cladosporium sp., Paratubakia sp., and Apiognomonia errabunda (on leaves). On some batches of samples, secondary pathogens or saproptrophs were mostly isolated, suggesting that more primary pathogens may have initially been responsible but that isolations had not been conducted quickly enough to detect them.”

Written by Veronica Yates on January 13, 2022. Posted in General 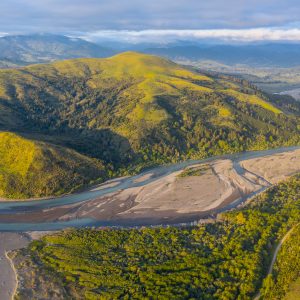 With the new year well under way we are pleased to announce that the 2021 Annual Report is now out! If you want to be informed for the upcoming Annual Meeting on January 30th or are simply curious about what we do, this is your chance to get up to speed on everything we’ve been up to over the last year. Thank you to everyone who has supported us and work with us to make this a great year. We look forward to continuing our work into the future!

Written by Veronica Yates on January 7, 2022. Posted in General

Hello everyone! With the new year coming into full swing we’d like to take the time to make sure everyone knows their membership renewal date. Check the table below to see your last date of payment. Membership is valid for 1 year. If your last date of payment falls one or before the current date in 2022, please renew your membership via our website or stopping by the office by Jan 29th to participate in the annual meeting and give your input! If you reside within the Valley, you are also eligible to vote in Board of Directors elections.

MRC Annual Meeting is Coming Up!

Written by Veronica Yates on December 31, 2021. Posted in General

Join us for our annual meeting to hear about our work in 2021, join in a discussion about upcoming work in 2022, as well as meet the candidates for our Board of Directors.  The meeting will take place Sunday, January 30th at 1:00 pm via Zoom. We look forward to seeing you then and hearing your input. For more information, email vroom@mattole.org. Use the information below to attend the meeting via Zoom.

Written by Veronica Yates on December 15, 2021. Posted in General 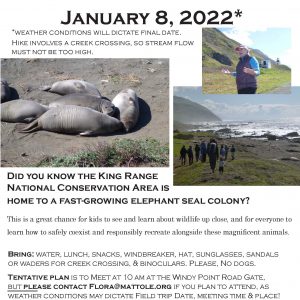 The Mattole Field Institute and HSU Biology are co-hosting a family-friendly excursion to see and learn about our local elephant seal colony!Tentatively scheduled for January 8th; creek level depending. Please contact flora@mattole.org if you’re interested or have questions.

Written by Veronica Yates on December 9, 2021. Posted in General 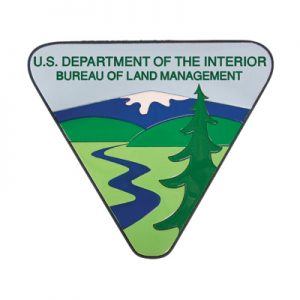 There is a GS 5-7 BLM Ranger position (non-law enforcement) opening up in Whitethorn!

Head on over to usajobs.gov to apply!